Coming into focus: a reflection on my week in Bendum 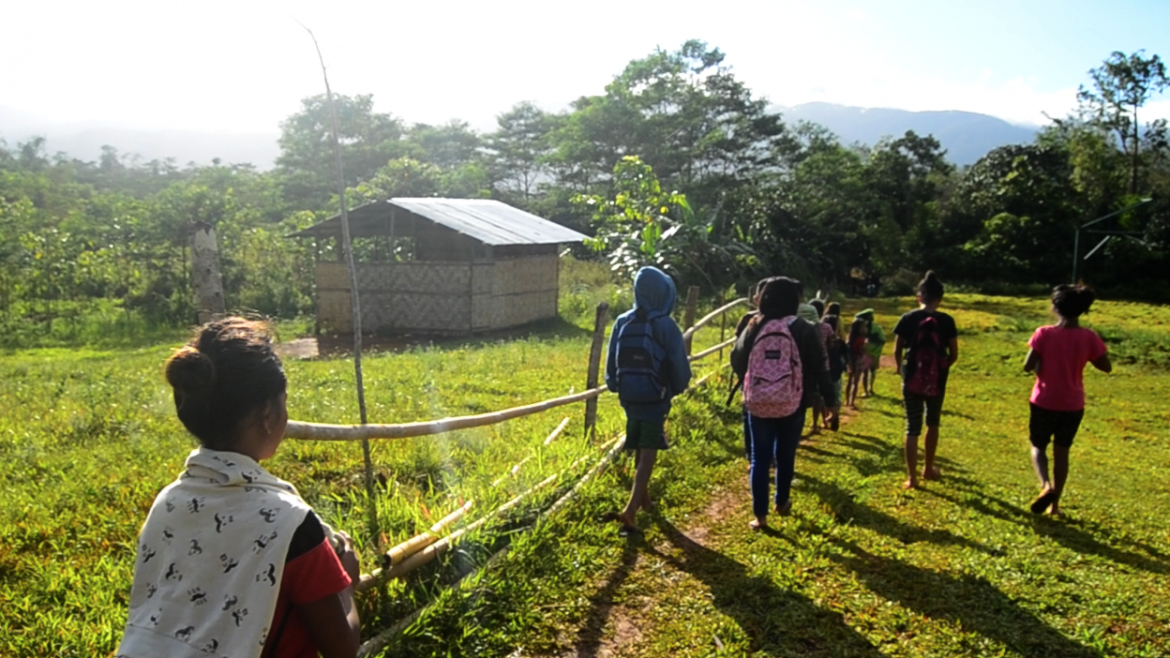 The idea of spending a week in the mountains at the start of the year was thrilling for me, to say the least. I thought it was an opportunity to discover myself, a chance to recharge, to take breathtaking photos, to explore and to collect memories that will forever change my life. And though the reason I was going in the first place was for an institutional planning, at the back of my head, I thought of it as an adventure I was so ready to take on.

But after hours and hours of travel along bumpy roads, layers of mud caked between my toes, and the mountain cold seeping to my bones, I soon learned I was gravely mistaken.  What I experienced was so much bigger than I am.

Camera on hand, I spent the week walking around the main school of the Apu Palamguwan Cultural Education Center (APC) and, through the stories of students and teachers, understood what they meant when they say the Pulangiyen of Bendum are people of peace.

There was Ate Mercy, one of the first graduates of APC, who went back to her community to teach. She now serves as the deputy school manager and teaches values formation to young students. There was Gino, a leader among his peers, whose reason for studying is to protect their ancestral domain. Harold, a transferee from a mainstream school who admitted he used to be ashamed of his Lumad roots, but now learned to take pride in his culture. Beverly, who wishes to be a teacher so she could then teach her fellow Pulangiyen. Edroy, who misses home, but has learned to love his classmates as his family. Inay Grace, who makes the best ensalada out of every vegetable imaginable, and makes meals not only filling for the stomach but for the heart. And the list goes on.

It is true that the scenery in Bendum is nothing short of breathtaking, and one can never have enough storage space to capture the view of the mountains, the forest, the sky. But perhaps, the greatest beauty it holds is in its people.

They are at peace with themselves. They enjoy the simplicity of life. They respect and appreciate the gift of Creation and know what is enough. They dream not only for themselves but also for their community. They embrace their culture, and work their best to make sure it thrives for generations to come. They understand what most of us in the mainstream society tend to miss. On the night we arrived in Bendum, I remember looking up and thinking to myself, “has there always been this many stars in the sky?” Looking back, that might have been the thesis of this whole experience. When you are faced with such tremendous magnificence, you realize that you are but a speck of dust in this universe. That there are billions of stories other than your own, and you are all part of the grand narrative of life. When you turn the camera away from you, that’s when everything comes to focus:

“The entire material universe speaks of God’s love, his boundless affection for us. Soil, water, mountains: everything is, as it were, a caress of God.” (Laudato Si’ 84)

Bendum made me see exactly that.