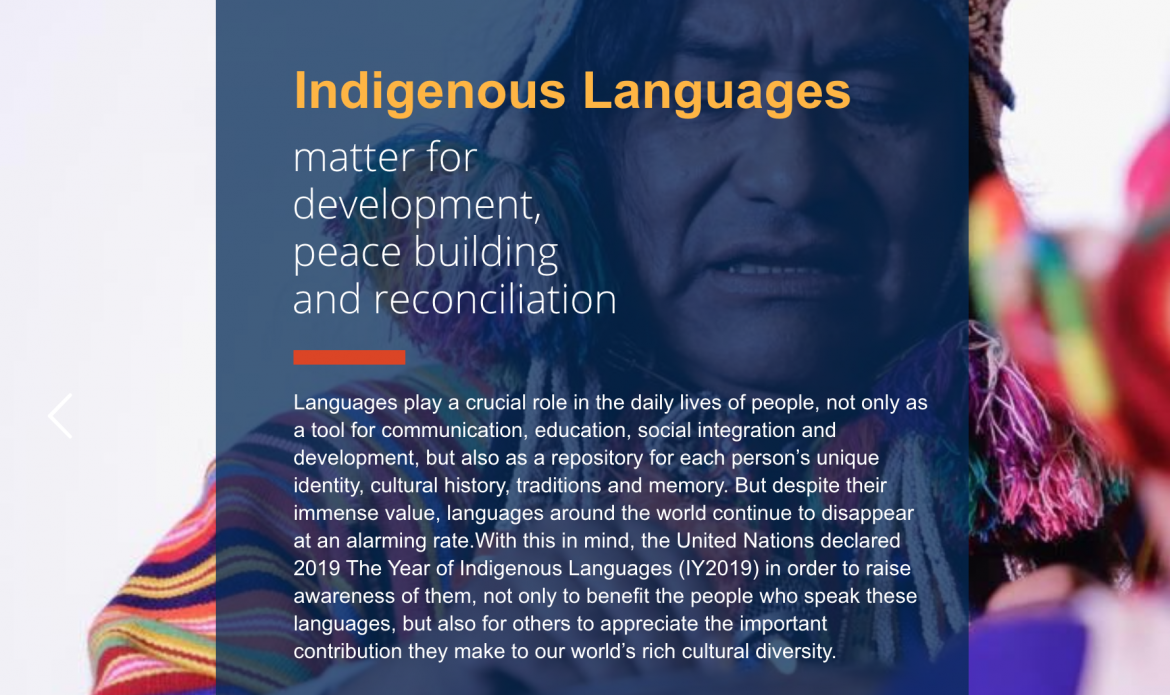 Collaborations, Events, With Other Organizations

“The United Nations General assembly proclaimed 2019 as the Year of Indigenous Languages and called for its year-long celebration. As the IYIL website pointed out, it is through language that we communicate with the world, define our identity, express our history and culture, learn, defend our human rights and participate in all aspects of society. Through language, people preserve their community’s history, customs, and traditions, memory, unique modes of thinking, meaning and expression.”

This was the opening statement by UN Special Rapporteur on the Rights of Indigenous Peoples and Kankanaey native, Victoria Tauli-Corpuz, in her message on the launch of the International Year of Indigenous Languages (IYIL) in 2019 and what it could do for indigenous communities across the world.

It was an objective that UN member states, indigenous communities, and other stakeholders who contributed to this effort realized in 2019.

Based on the IYIL Action Plan facilitated by the UN Educational, Scientific and Cultural Organization (UNESCO), there were at least over 800 registered activities that took place around the world that included awareness-raising campaigns, capacity-building workshops, academic conferences, intergovernmental meetings, theatrical, musical and artistic performances, hackathons and online events, as well as celebrations of international days, international award ceremonies.” 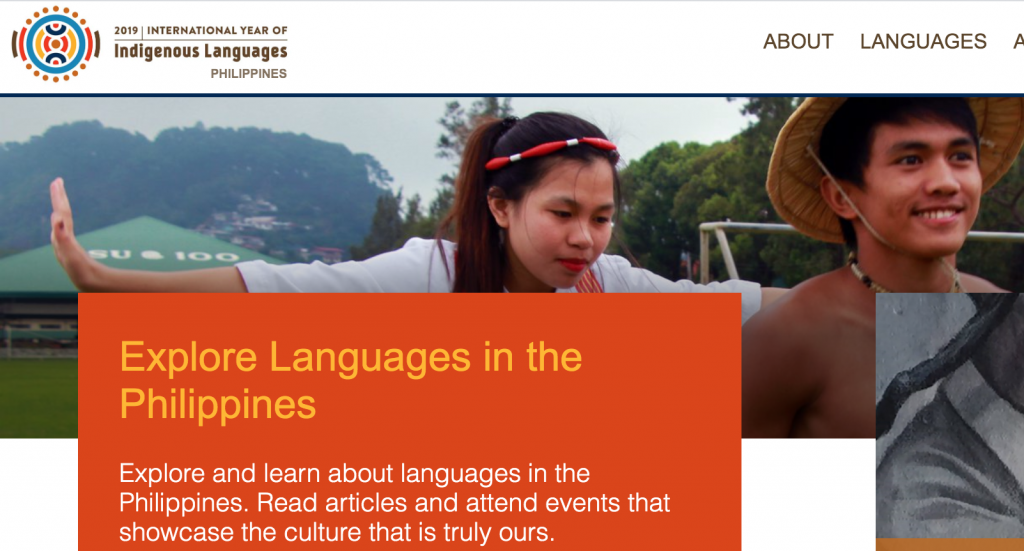 The Philippines shared its own initiatives undertaken by universities, local government units, and non-government organizations and featured in the IYIL-Philippines website (IYIL.PH), an extension of the main IYIL 2019 website. The IYIL.PH website featured cultural festivals held in the Cordillera and the southern regions of Mindanao, the literary merits of authors from western Visayas, the linguistic and historical contributions of the Kapampangans, workshops for Baybayin and other indigenous writing scripts, and cultural exchange programs.

In the IYIL 2019 Strategic Outcome Document, recommendations are provided on how linguistic diversity, multilingualism, and other indigenous language issues can be further protected and promoted with a human rights-based approach at the global, regional, and national levels.

This is especially important as the UN declared the upcoming years 2022–2032 as the Decade of Indigenous Languages that will emphasize “indigenous peoples’ rights to freedom of expression, to an education in their mother tongue and to participation in public life using their languages, as prerequisites for the survival of indigenous languages many of which are currently on the verge of extinction.”

The lessons and insights learned from 2019 would hopefully guide us moving forward.

Even now in the first half of 2020, in the midst of this ongoing coronavirus disease (COVID-19) pandemic, the spirit of IYIL 2019 still lives on in the ongoing translation initiatives of health-related materials to help disseminate the right information to the people affected by this crisis. This includes everyone in the National Capital Region where the virus hit hard and also in other regions and their communities who are at risk as well.

One example of such an initiative is Language Warriors PH, a group of community translators and language advocates from across the country, that took on responsibilities for producing, translating, and disseminating 727 COVID-19 and health-related materials in at least 68 local languages within the first month of operations.

IYIL 2019 and its cause for celebration may be over, but the lessons learned are still worth teaching and practicing.

IYIL-Philippines featured the Culture and Integrity From the Ground workbook on their website.