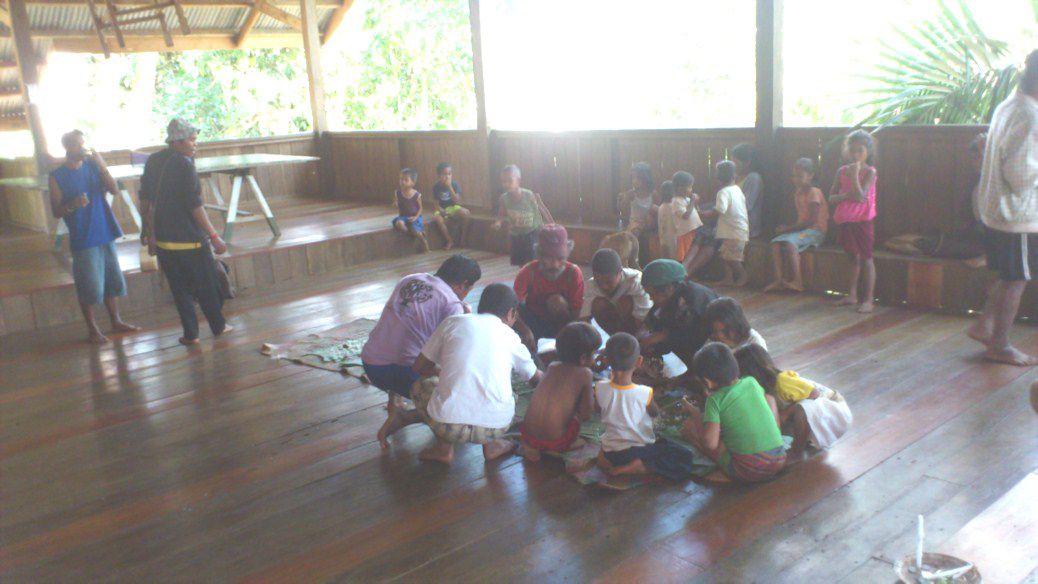 December is the time of year when the people of Bendum join among the clans and their extended families to talk about the year and their concerns and hopes during the annual cultural gathering, the Kaamulan. The young and old come together to discuss community matters.

Elders, adults and youth join in the amul-amul to discuss important issues. This is also an occasion to celebrate their kagena (culture), to reflect on their values concerning the kinaiyahan (environment), to join in the panampulot (feast) and to share their knowledge and experiences from the last year. The talks during this year’s Kaamulan affirmed the community’s willingness for a renewed effort towards kalandang (peace) within the area of Bendum.

The amul-amul daw paglalang (meeting of tribal elders) extended over two days. The community members of Bendum were led by Datu Nester and were joined by elders from other communities both near and far; from Busdi, Mahagay, Magawan and Ulyanon, half a day’s walk away.

Recent meetings within the community have strengthened the determination of elders, youth and staff alike to seek that Bendum remains an area free of arms. All share the wish that Bendum remain a place in which children and youth can attend school and stay in the Dalepaanen (the dorm) with freedom from fear.

The sense of kalandang (peace) is a renewal of previous actions taken by the people of Bendum to express their wish for peace, drawn from long standing Pulangiyen traditions and values symbolized by the Kabu ha Paglinawan (Jar of Peace). The Kaamulan is a time to be together and share joy and laughter.

As the first day drew to a close, the evening was a time for cultural sharing in the Adagi Balay, in which all gathered to dance, share laughter and give thanks. A limbay (cultural singing) was given by Datu Guilosan from Ulyanon, expressing his happiness and gratitude that his son was accepted into APC. Datu Nester also gave a dasang (ritual chant) and spoke about the need for continued cooperation towards kalandang or peace.

The youth have taken a particularly active role in this year’s Kaamulan. The youth council discussed the issues of kagena (culture), kalangdang (peace) and kinaiyahan (environment). The youth expressed sadness about the continuing deforestation and the impact of Typhoon Pablo, particularly for those in other areas of Mindanao who lost friends and family. Sad thoughts were also expressed for those youth who shied away from their Pulangiyen identity and values, and for those whose parents struggle with gambling.

The youth expressed the need for peace to start within and among themselves, so that they can then advocate this sense to others. They celebrated the strength of those youth who take pride in their culture and identity despite external pressures to become part of the mainstream, and celebrated their role in continuing to protect and manage the forest. They expressed gratitude for this Kaamulan, which has given them the chance to learn from their elders about their culture and to celebrate their continuing relationship with ESSC and APC.

Photo caption: After the pamuhat ritual people gather to eat at the start of the panampulot (feasting). Photo credit: Kay Pitman