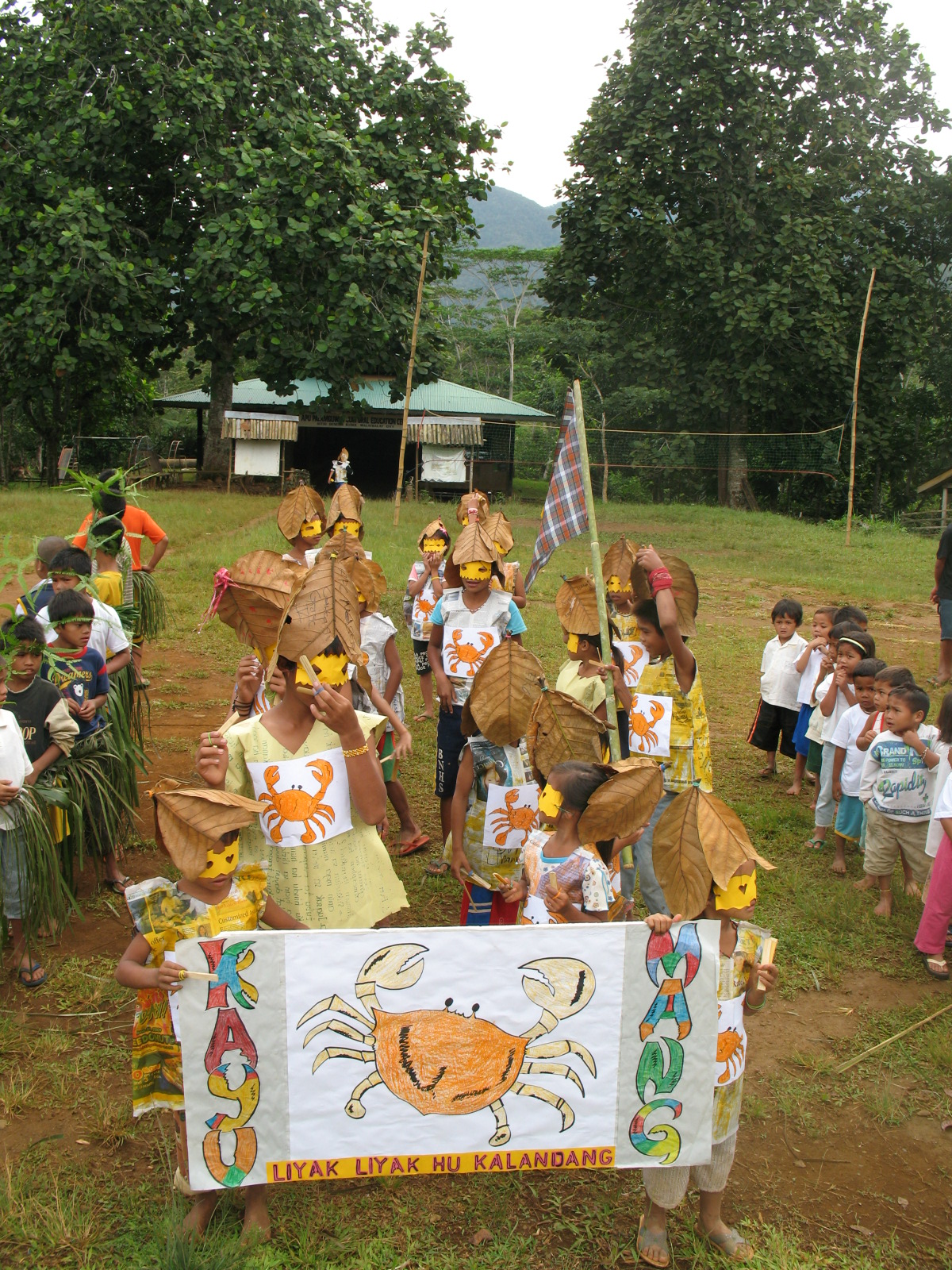 APC students in different teams during the school Intramurals

It is now a month since we celebrated the end of the third grading period. Each grade typically consists of 10 weeks of content and instruction and of teaching-learning which are designed to cater to the educational needs of the children in Upper Pulangi.  Capping each grading period is a convocation ceremony where top students in each class are recognized for their achievement and extra- and co-curricular activities are held.

The students actively participated in the games the teachers organized for the celebrations on the third grading Recognition Day. It was easily my favorite part of the day seeing the students having fun playing a game that is culturally rooted in the nuances of Pulangiyen farming practices.  Newspaper dance, message relay, longest line, sack race, and panginbunday were played. Panginbunday is like playing Maria/Mario went to town but with indigenous costumes and props and it is going to the uma (farm) and not to town.

These activities resonate with the ongoing curriculum development efforts in APC grounded on the definition of curriculum as the sum of all learning content, experiences, and resources that are purposely selected, organized and implemented by the school in pursuit of its peculiar mandate as a distinct institution of learning and human development.  Curriculum is not limited to classroom instruction.  It is inclusive of all extra – and co-curricular activities that are supportive of and upholding the school’s mission and vision. Traditional games are played at the Intramurals

This is what motivates us to push the boat out day after day. Alma gave birth to a healthy baby boy as classes resumed in January after the holidays. The basketball court was alive with fun and friendly competition mid-February during the third grading Recognition Day. The school stage was animated with colourful décor and the sun, shining through the polycarbonate roofing, lent an ethereal glow to the dugu (sunken floor) as we gathered to take stock of what it all meant to be out there playing with, for, and against each other; and, what the games had to do with the learning content in a culture-based educational center.

As a trusty carabao does, we plow on. A curriculum that is culturally rooted is inclusive of the distinctions of the culture it is heavily based on.  Efforts along this line include the gathering of locally developed stories depicting Pulangiyen daily lives to promote sensitivity to cultural values among the young.  We hope to have this collection of stories published as it is in a way a documentation of the distinction of the Pulangiyen culture.

We are currently in the thick of preparations for the coming end of the school year. Grade 6 students will take the DepEd National Achievement Test next week.  Subject teachers in English, Filipino, HEKASI, Science, and Math are going the extra mile in conducting reviews and practice tests.  The following week will be preparing for the final exam and consequent class reviews.  The teachers take all this in their stride, alongside the classroom observations this week; the children’s joy in learning is evident in their carefree laughter.