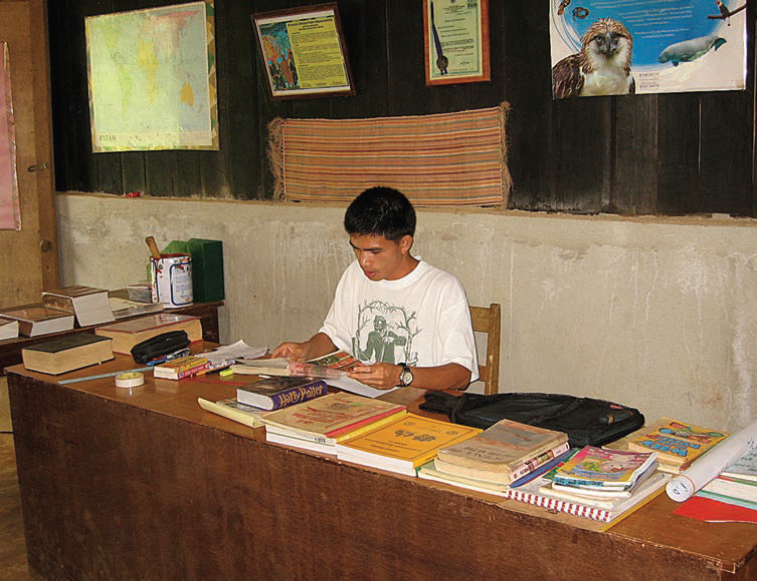 Sustainable water as a goal for every rural community

(October 2016)How can we talk about the gift of water in a meaningful way today? We need to know the science of water and the stories that make it real. (October 2016) The forest plays a significant role in the life of the indigenous communities. It is where they get food, materials for shelter, and sources of livelihood. (October 2016)In collaboration with Xavier University-Ateneo de Cagayan, three young volunteers joined ESSC for 10 months from July 2016 to April 2017 to contribute to and learn from ESSC’s work activities in Mindanao. Higher Education in the Uplands (2015)

In collaboration with Jesuit Commons: Higher Education at the Margins (JC:HEM), we concluded a 3-month Online English course participated by different indigenous youth from various villages in UpperPulangi. (5 November 2015) Cherrydyn Miguel, APC is taking an active participation in this global movement, particularly in SDG Target 4.7 on quality education. (10 July 2015) Pedro Walpole at the start of the new year of study welcomed the new school manager to Apu Palamguwan Cultural Education Center along with the Tribal Council. It was an occasion of much anticipation and hope for the coming years. (20 Dec 2012) Members of APC’s board met this month, visiting Bendum in the wake of Typhoon Pablo. Mr. Robert Ansaldo and Mrs. Evelyn Clavano joined Pedro Walpole in discussion about the impact of Typhoon Pablo on the community of Bendum. (2 Dec 2012) APC was delighted to welcome new staff to the school this quarter.  Bridgit Ann Cuevas began work as Curriculum Development Manager, and Kay Pitman returned to volunteer at the school.  We also recently welcomed back Zarmin Garcia who returned to APC to teach Science and take on the role of School Assistant.

(22 Feb 2011) Pondering quietly at the veranda, Ma’am Jonah speaks about her appreciation for mother tongue-based multilingual education (MTB-MLE).  She is not only committed to teach the Pulangiyen, she is also willing to learn and embrace this new culture she is living with. Celebrating the season of creation

(29 September 2016) In one sense it is strange that we should have a “season” of Creation. All seasons are of Creation; they are its very life, the process of sustaining all lives.  But, thanks to Pope Francis, the Catholic Church celebrated the Season of Creation for the first time in 2015. Sustainability in the youth

(26 August 2016) Small-scale farming and indigenous practices in the uplands of Asia are not very sustainable and a great majority of the youth wants out.  Given the marginalisation and oppression that still rule in many of these environments with exploitation by corporate “sustainable” logging and mining firms, armed groups, corporate agricultural practices, infrastructure and seeping globalisation, farming life is not a question of success but of survival. (28 December 2014) The biggest advance is another year of peace in the area and where community grows in stability and strength. We have not been affected adversely by typhoons while drought is still a possibility this year in the coming months. (25 March 2014) The Jesuit way of engaging indigenous communities is to encounter people in their dignity, with respect and appreciation for what God created with them. It is about working with people as partners and seeking greater justice and equity in society. Where are we heading? From Bendum to Rio and Back Again (2012)

(14 Aug 2012) I went from a mountain village in Southern Philippines to attend the global meetings in Rio de Janeiro, Brazil, the land of magnificent bornhardts and beaches.  Heading back up the mountains after the discussions, what do I have to bring with me and what do 50,000 other people returning home have as a source of hope? Do we not realize we can feed each other if we care enough for God, neighbor and land?

(13 Aug 2012) Last week I heard the stories from Sila-e where farmers have planted hybrid corn that I have heard from many places in Mindanao.  They don’t have to plough the land as they use herbicides and their life is much easier. But at harvest time, they have to pay 150% of what they borrowed by way of seeds, fertilizers, herbicides and pesticides. (25 Jan 2008) This was a paper presented at the consultation with Partners and Stakeholders of the Regional Center of Expertise for Education on Sustainable Development, at Xavier University, Cagayan de Oro, Philippines, 25 January 2008. Reflection on Engaging with Indigenous Peoples, by Grace Duterte

(19 Sep 2011) I realized that we can do much more in seeking quality life with Indigenous Peoples.  It is a great challenge for me to find out how am I going to love the culture and understand further these people.  By ethnicity, I am one of them, but my thoughts, deeds, and acts are not as theirs. Teachers’ Reflections about the Gathering for Peace

(13 Sep 2009) The recent gathering in Bendum for peace is an instance of Bentela daw Sayuda, a practice of visiting other communities, knowing their circumstance and sharing with them one’s village’s situation and events.  APC teachers share their reflections about the event. Kang Sonza looks back on her JVP Experience

(19 Apr 2005) As months passed by, it was becoming more apparent to me that the health of the students and lack of materials in school were just peripheral problems.  The core issue was really about a group of people deprived of their right to be educated. Akihito Ikegami (5 November 2015) What impressed me most in Bendum is the deep commitment and dedication of the youth to their community. (5 November 20105) Lucía Cervilla, The Island of Mindanao is often seen today as a place of conflict. The discussions are all about armed groups and encounters but little attention is given to how people build peace on a daily basis. (15 Feb 2015) Paula Sendin, The so-called civilized world was built on the principle that development is linked to education which eventually will help in developing a community or even a nation. Thus, economic and social development can be achieved through intellectual formation, especially in the form of formal education that, at.. (7 May 2013) We share this article that appeared in the Philippine Daily Inquirer  last 4 May 2013, written by Dr. Edilberto “DJ” De Jesus who served as Secretary of the Department of Education (DepED) from 2002 to 2004.  Dr. De Jesus attended the APC graduation this year.

(9 Mar 2011) Fr. Tito, a Jesuit from Indonesia, shares about his visit to APC and his findings there, as well as his interest in and thoughts on mother tongue-based multilingual education.