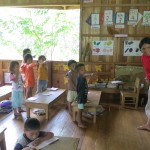 (17 July 2014) Two Department of Education (DepED) Orders in recent years are encouraging developments for Philippine education. One is DepED Order No 74, s. 2009, which institutionalized mother tongue-based multilingual education and the other is DepED Order No 62, s. 2011, a policy framework for indigenous education. 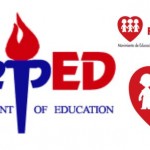 (13 Oct 2013) APC is exploring with DepEd possible schemes by which government can provide support to indigenous education programs, which at present are initiated and managed by private groups, namely peoples organizations (POs) and civil society organizations (CSOs). 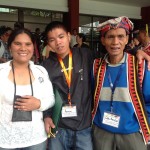 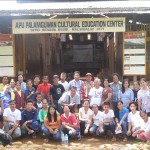 (4 Jul 2013) Held from May 14–17, 2013, the conference was host to 50 participants from across the Philippines. This included key note speaker Rozanno (Butch) Rufino, Coordinator of the Indigenous Peoples Education Office (IPsEO) and local DepED representative Edwin Gurrea, Indigenous Education Coordinator for Malaybalay City. 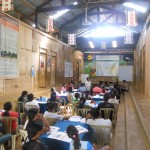 (4 July 2013) “On one level we have gathered here to bring about a further understanding, in this case in terms of school management, but on another level, we are also here to share life itself and much broader hopes of sustaining our communities and our people,” Pedro remarked in his speech. 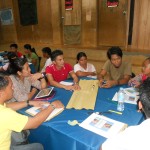 Feedback from the 2013 Conference Participants

(4 July 2013) A participant shared: “I’ve learned a lot. It’s my first time to witness a contextualised approach [in education] especially with the Pulangiyen tribe in Mindanao. I really appreciate the labour to make the conference possible and I look forward to more conferences like this.” 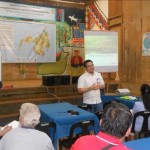 (4 Jul 2013) “Indigenous Peoples in education have been oppressed, discriminated against, their knowledge and systems of practice seen as inferior to a one-size fits all system of education which has sought to compartmentalize and separate learning from life,” Mr. Rufino shared at the conference. 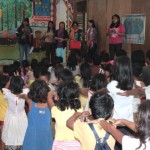 (18 Apr 2012) Last February 2012, nine regional officers from the Department of Education (DepED), with partners from the Archdiocesan Center for Concern and Social Services of the Archdiocese of Cagayan de Oro and VOICE Network, visited and engaged with teachers and staff of the Apu Palamguwan Cultural Educational Center or APC.

Be an APC teacher